The final of the ProSkill V4-SX Competition took place from 16 to 18 May 2022 at the Silesian University of Technology in Gliwice (Poland). The V4-SX competition (‘V’ from success) is part of the Work Package 5 implementation of the ProSkill project. The main objectives of the competition were to increase the international embeddedness of the local colleges (related to business education and raw materials sector), develop a network among partners and provide students with a basic understanding of stock trading. 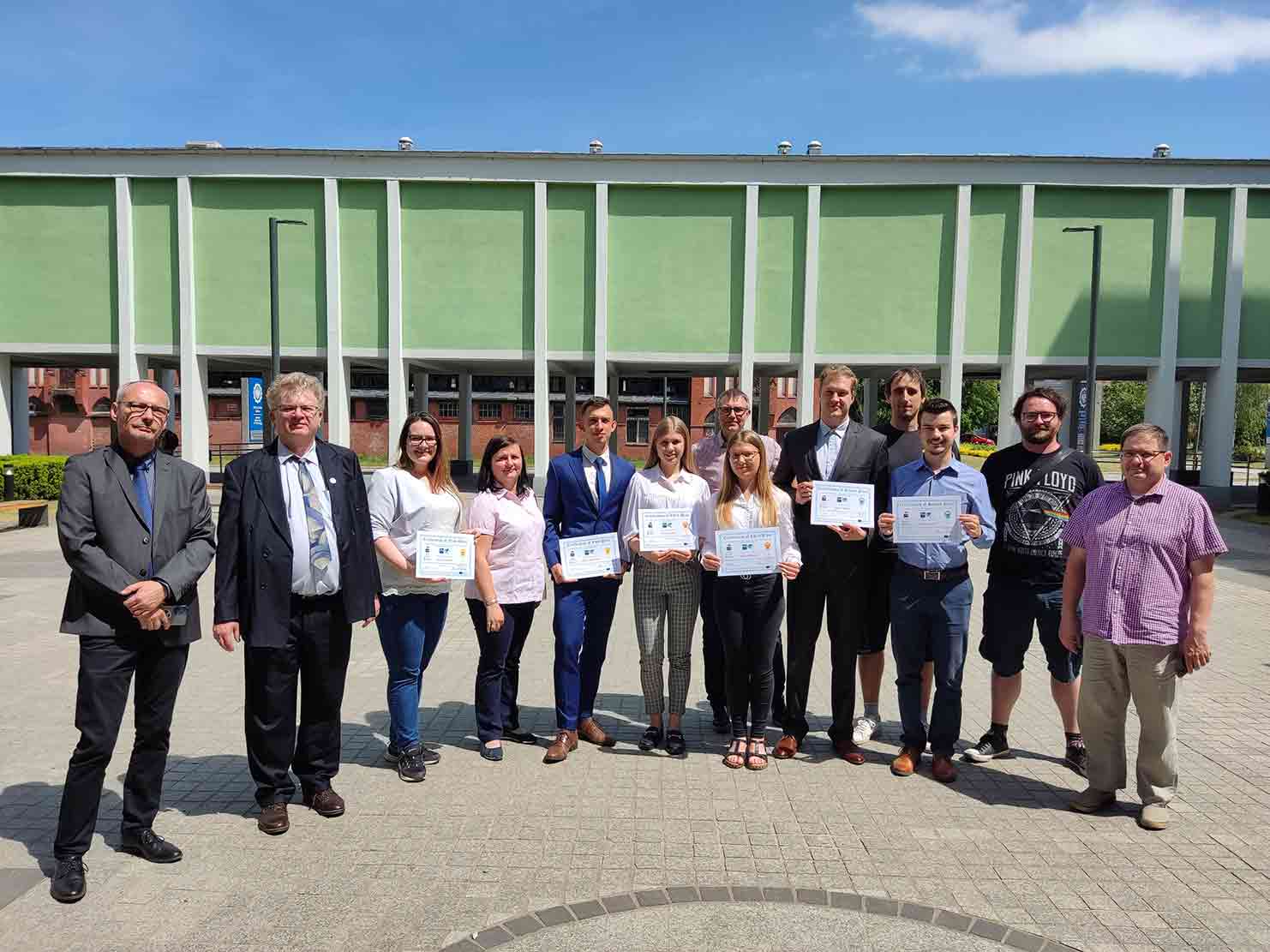 The competition consisted of two stages. In the qualifying phase, two-person teams competed against each other at the different ProSkill partner universities  In the second phase the winning teams fought for victory in a competition between universities. 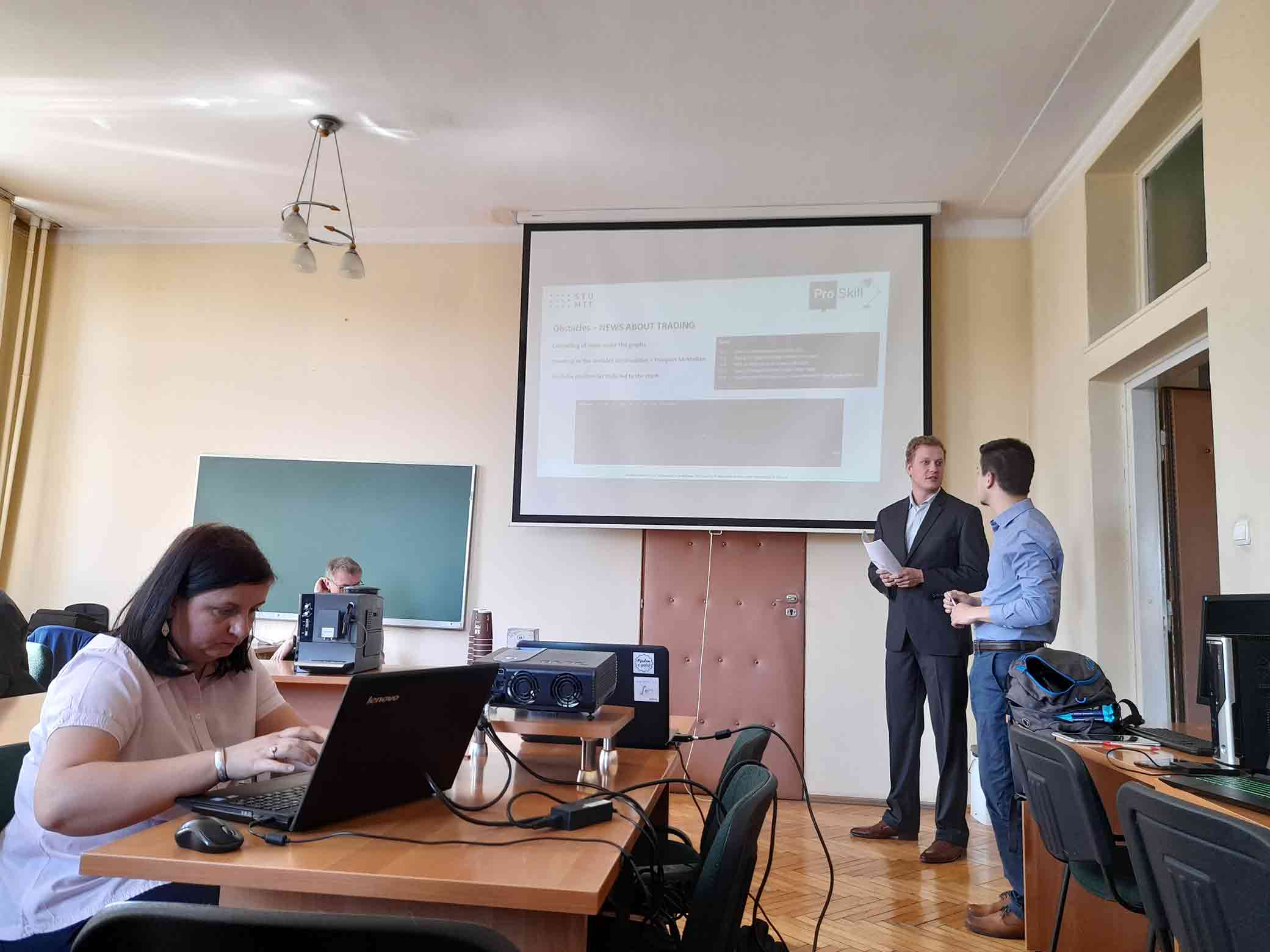 The first phase of the competition lasted four weeks, during which the teams tried to get the maximum profit in virtual trading operations using the SaxoTrader demo versions. SaxoTrader is a comprehensive set of investment and trading features from Saxo Bank, a Danish investment bank operating in the global market. Although the SaxoTrader platform allows to manipulate virtually all known types of assets, students in the competition were able to manipulate raw materials and shares of mineral extraction companies.

The first place in the ProSkill V4-SX Competition went to the representation of the Silesian University of Technology in Gliwice, the second place went to team from the University of Bratislava, and the third place to the team from the Miskolc University. The finalists received certificates of participation and material prizes. 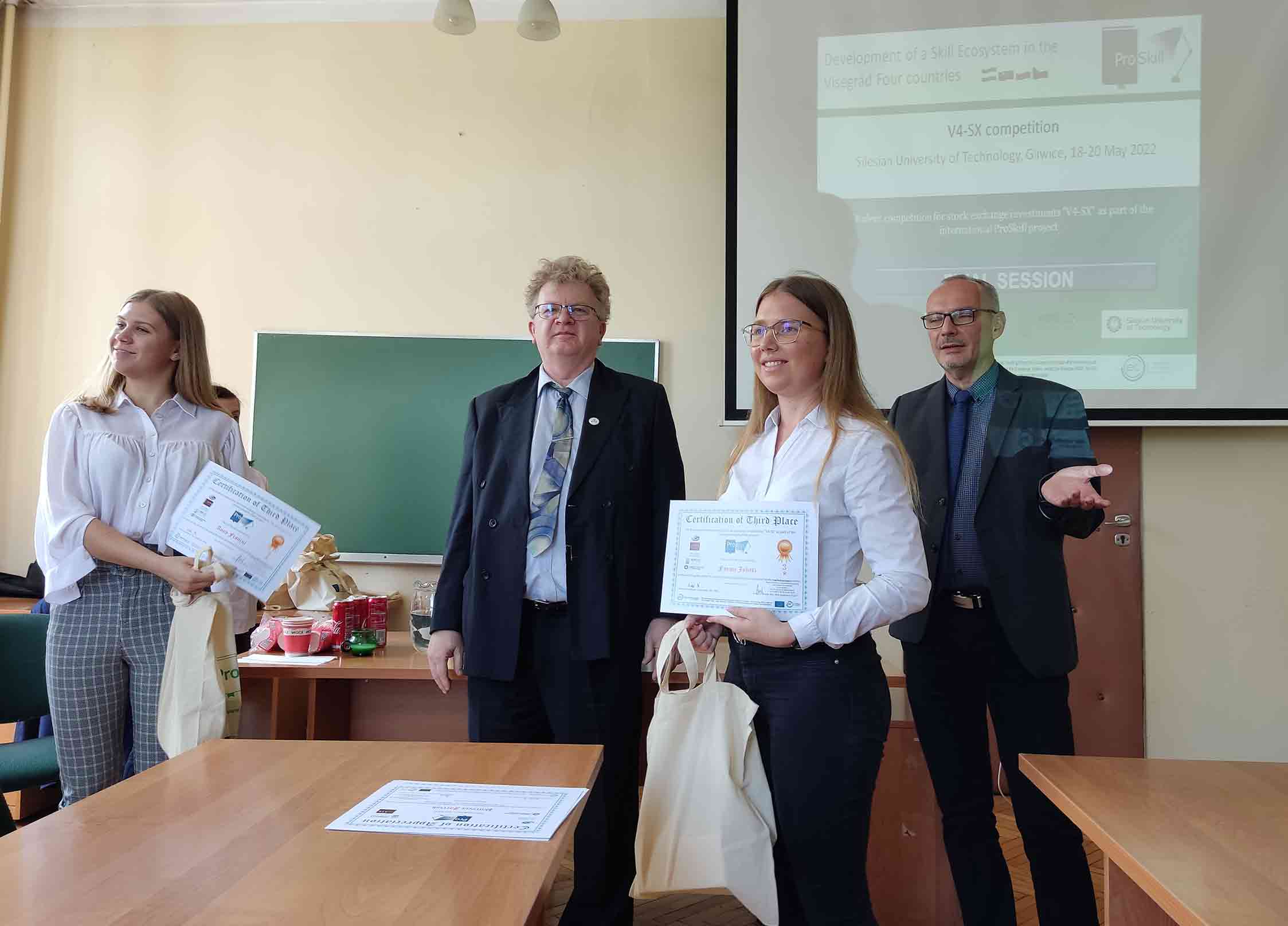 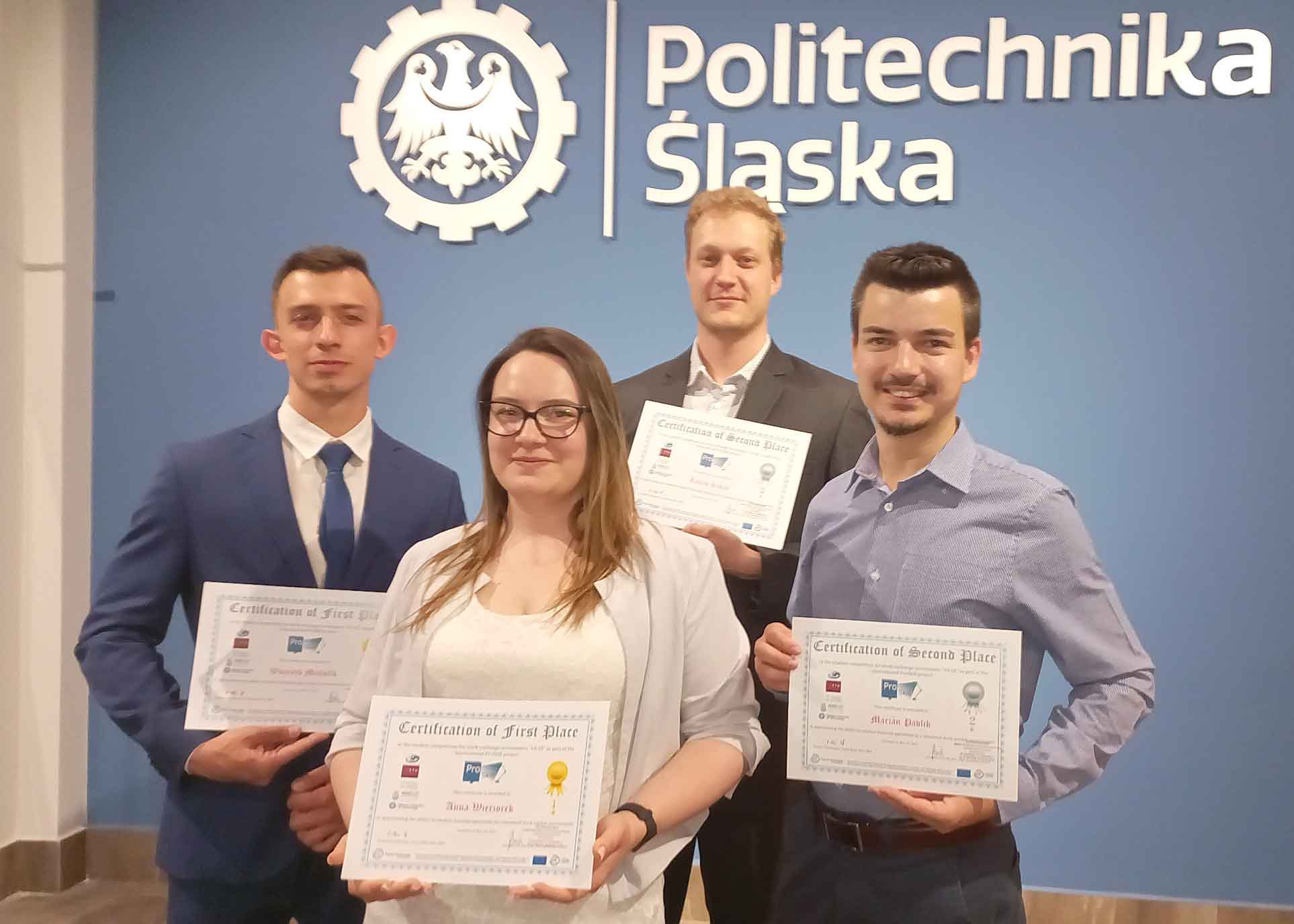 Winners of the first and second places in the ProSkill V4-SX Competition. From the left: Wojciech Michalik and Anna Wieczorek from the Techncial Universoty of Silesia; Laszló Kosár and Mariàn Pavlik from the Technical University in Bratislava

It should be mentioned that the competition was conducted in a difficult period to generate profits due to the situation in the markets caused by the war in Ukraine. As a result, individual teams converted the starting capital of $ 100,000 into amounts ranging from $ 92,000 to $ 106,000.

Fortunately, however, it was not real money. The main value gained participating in the competition was the knowledge of stock exchange operations, behaviour of commodity markets and listed companies in the complex political and economic conditions of a globalised economy.

Apart from the competition, during the three-day visit to Gliwice, student teams and university project partners could enjoy a rich social programme that allowed students and partners to spend time together and visit the city of Gliwice and its surroundings.

Want to join the discussion?
Feel free to contribute!

ProSkill: Spend a Day With Me

This site uses cookies. By continuing to browse the site, you are agreeing to our use of cookies.

We may request cookies to be set on your device. We use cookies to let us know when you visit our websites, how you interact with us, to enrich your user experience, and to customize your relationship with our website.

Click on the different category headings to find out more. You can also change some of your preferences. Note that blocking some types of cookies may impact your experience on our websites and the services we are able to offer.

These cookies are strictly necessary to provide you with services available through our website and to use some of its features.

Because these cookies are strictly necessary to deliver the website, refuseing them will have impact how our site functions. You always can block or delete cookies by changing your browser settings and force blocking all cookies on this website. But this will always prompt you to accept/refuse cookies when revisiting our site.

We fully respect if you want to refuse cookies but to avoid asking you again and again kindly allow us to store a cookie for that. You are free to opt out any time or opt in for other cookies to get a better experience. If you refuse cookies we will remove all set cookies in our domain.

We provide you with a list of stored cookies on your computer in our domain so you can check what we stored. Due to security reasons we are not able to show or modify cookies from other domains. You can check these in your browser security settings.

We also use different external services like Google Webfonts, Google Maps, and external Video providers. Since these providers may collect personal data like your IP address we allow you to block them here. Please be aware that this might heavily reduce the functionality and appearance of our site. Changes will take effect once you reload the page.